Whether you’ve just taken an interest in the game of darts or you’ve been playing for a while and you want to teach someone a friend or a child how to play? Whatever the case may be, if you’re looking for a super simple, beginner-friendly version of darts that’s easy to teach and understand, yet is also enjoyable to play, High Score is the perfect solution.

The goal of High Score is very precise: to score more points than the person you are playing against. If you have ever played or heard of Count Up darts, the objective of which is to score the highest number of points as you can using only 24 darts (in 8 rounds), and the player with the highest score wins, High Score is quite similar, except there’s one main difference: the amount of points you have at the end of the game isn’t important; rather, achieving a number that is selected at the start of the game before your opponent is the goal. In other words, it’s a race to the finish.

If this sounds like a game that you would be interested in playing or teaching someone else how to play, keep on reading to learn more about High Score darts, including how to play and some basic tips and strategies that can be applied to the game. 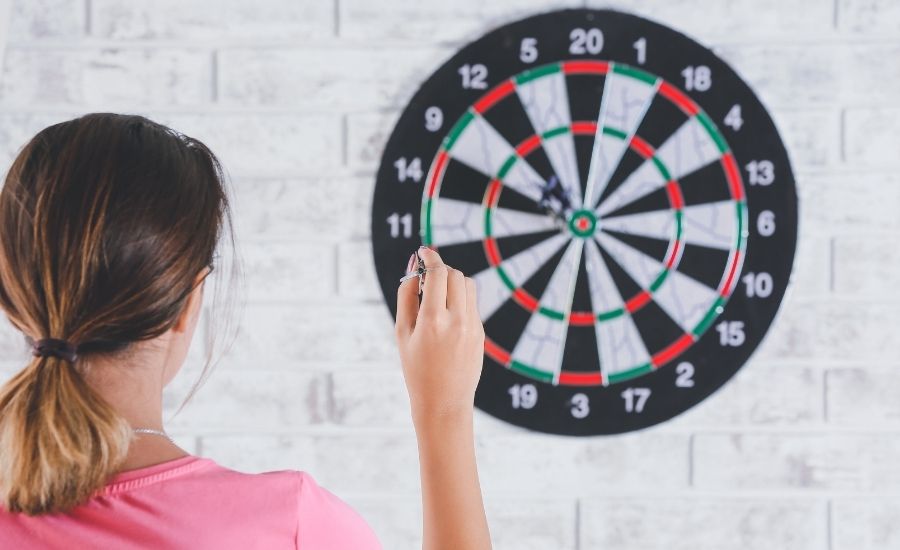 Who Can Play High Score Darts?

Anyone! This game is so super-simple that it can really be played by people of all ages and all ability or skill levels, including adults and children who have never thrown a single dart before. The game is intended for two or more players, and each one will play on their own. In other words, there aren’t any teams, but rather, the game is played individually.

Before the game commences, a score that players will aim to achieve has to be selected. Each player will receive three darts for each turn, and they will receive the amount of points that their darts land on, which will be applied to their final score.

The players who are participating in the game will take turns, with each one throwing three darts on each turn, until someone achieves the high score that was selected before the game commenced. The first player to reach the predetermined high score wins the game. 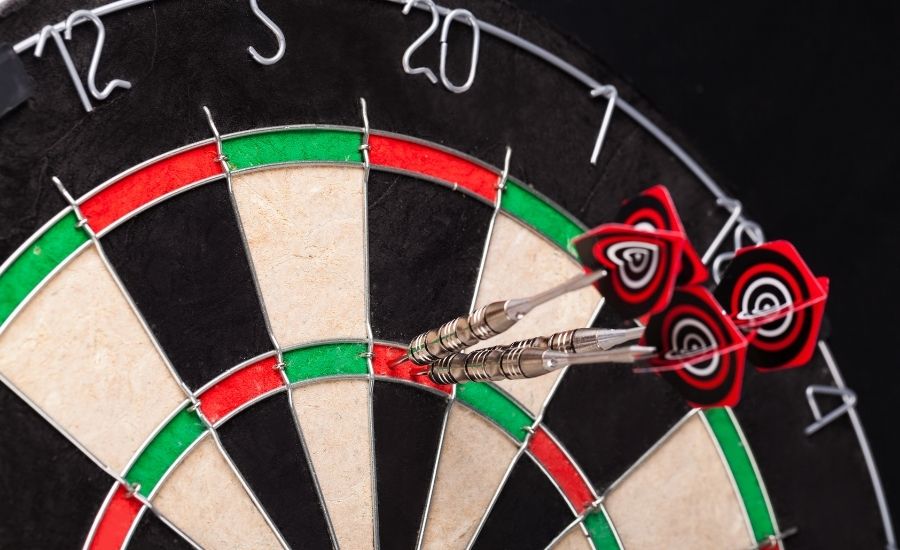 How Do You Play High Score Darts?

There are several different games that can be played with darts, but High Score darts is arguably the easiest to play; hence why it is such an excellent choice for those who are brand new to darts and have absolutely no background or knowledge of the game. Unlike many other variations of darts, in High Score, there aren’t any special rules to follow that can make the game complicated and difficult to understand. The following is a brief summary of how to play.

The game of High Score continues with each player going in order and their scores calculated at the end of each turn. The first player to reach the high score that was selected at the start of the game will be named the winner.

To further illustrate, here’s an example of how to play a game of High Score darts with 2 players: