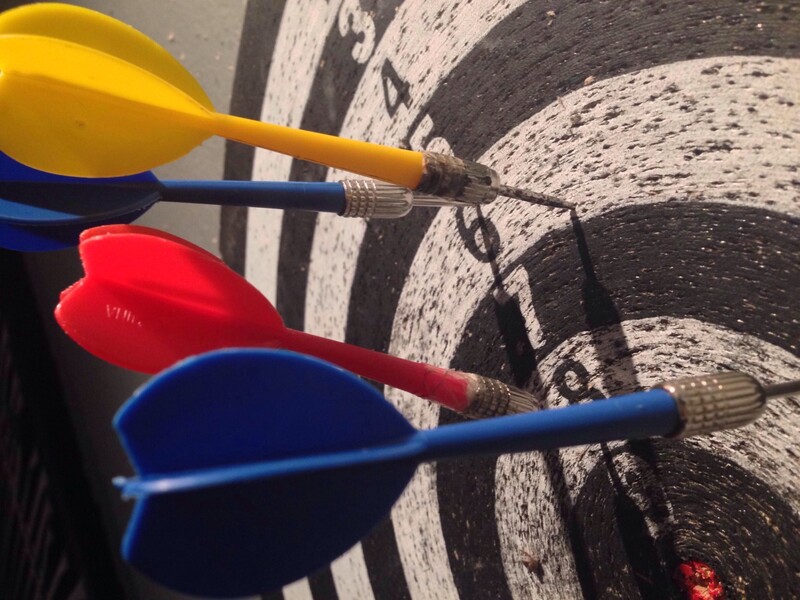 Darts is more than just a game that people play for entertainment. Of all the games that have been invented and played throughout the course of history, believe it or not, darts has one of the richest histories and cultures. What originated at a pastime in the 14th century by medieval soldiers, who were seeking entertainment while they sat in the trenches between battles evolved into a game that has had numerous variations, was played amongst people of all backgrounds and cultures – from nobility to commoners – and has become a game that is played around the globe, both recreationally and professional.

Yes, the history and culture of the game of darts is very rich and is steeped in traditions and superstitions. Dart players have even developed inside jokes that they share with and chuckle at amongst themselves. Of all the different elements that surround the culture of darts, the many colorful terms that players use while they attempt to hit the target are perhaps the most interesting. If you’ve played darts in any capacity, there’s no doubt that you have heard some interesting terms uttered, such as Diddle for the Middle, Annie’s Attic, and Baby Ton. While the aforementioned terms are unique to the game of darts, there’s one term that is shared amongst several sports, and that term is Hat Trick.

In most of the sports that use the term, Hat Trick refers to achieving a positive accomplishment three times in a row; for instance, in soccer, when a player scores three goals, the achievement is known as a Hat Trick. Since we’re talking about darts, you’re probably asking: What is a hat trick in darts? 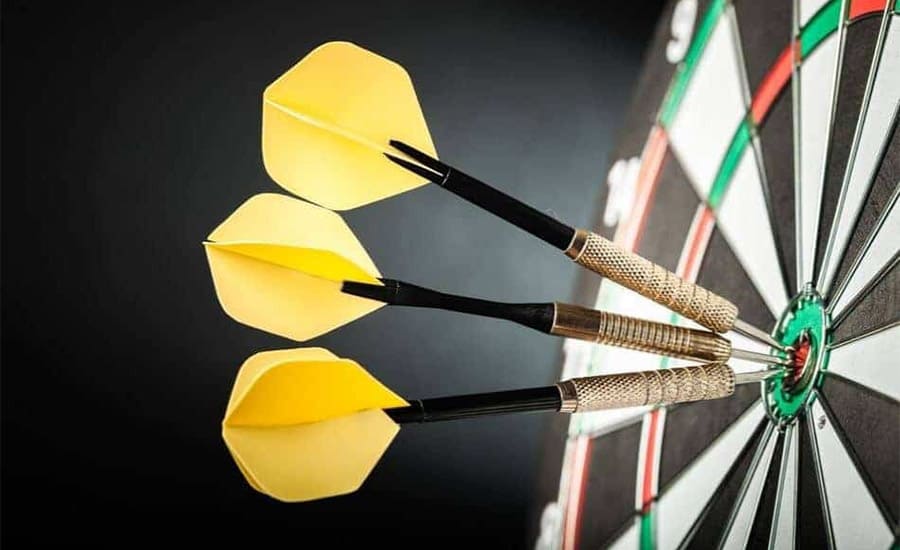 What is a Hat Trick in Darts?

As with other games that use the term “hat trick” to describe achieving three positive achievements in a row, in the game of darts, the term is used to describe when a player scores three consecutive bullseye shots in a round with their three darts. It also goes by another term: Alan Evans Shot”.

The majority of people assume that in order to achieve a hat trick in the game of darts, a player must hit all three darts in the inner bullseye, or the “Red”. More casual players tend to be more lenient with the definition and they will accept hits that occur on the outer ring for a Hat Trick. Some players may stretch the definition even further, by claiming that the last two darts of a single throw and the first dart of the next throw would be considered a Hat Trick, and the most lenient may include any three bullseyes that are hit in a single round or leg in total, and they don’t have to be hit in the same row.

Who is Alan Evans?

As mentioned above, in darts, a Hat Trick may also be referred to as the “Alan Evans Shot”. So who is Alan Evans and why is a term that is commonly used in the game of darts named after him?

Alan Evans was a professional dart player. He was the former world number 1, as well as one of the very first dart players to achieve television fame. Evans was highly regarded for his ability to score three bullseyes as Hat Tricks on a regular basis. In fact, while playing in a Scottish tour, he famously hit eight Hat Tricks, and eventually, he achieved a 150 at the finish. It is for these reasons that the term Hat Trick is also referred to as the “Alan Evans Shot”. 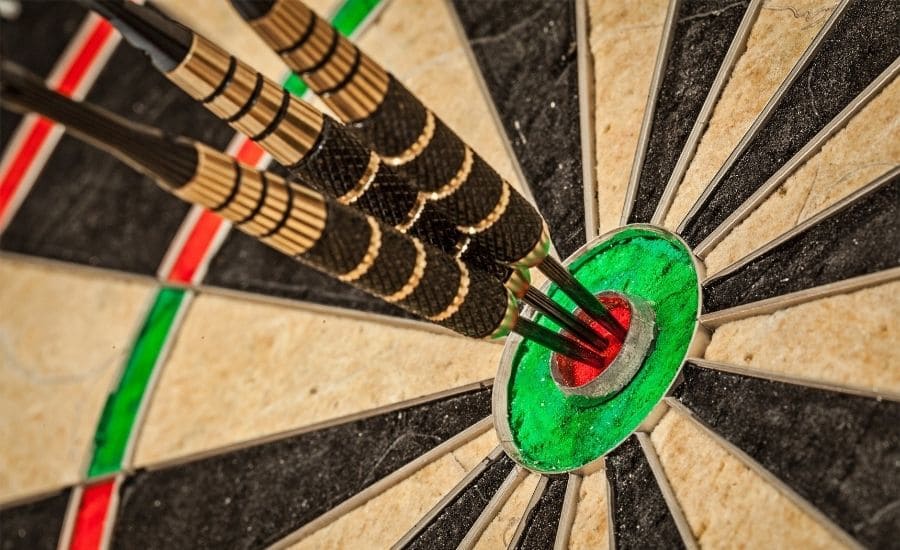 What are Three Bullseyes in the Game of Darts Called?

In addition to hitting three double bullseyes in a round, there are locations that consider a Hat Trick to be hitting the bullseye with all of the darts in a throw; however, they also count the outer bull (the 25) in the scoring area; in other words, you could hit three 25s and it could be deemed a Hat Trick. Others consider hitting three bullseyes within a leg to be deemed a Hat Trick. As you can see, there is definitely some confusion that surrounds the definition of the term. The most common phrase that is used when a player hits three bullseyes in a row is a Hat Trick, despite the confusion, and this is most certainly the best way to describe the term.