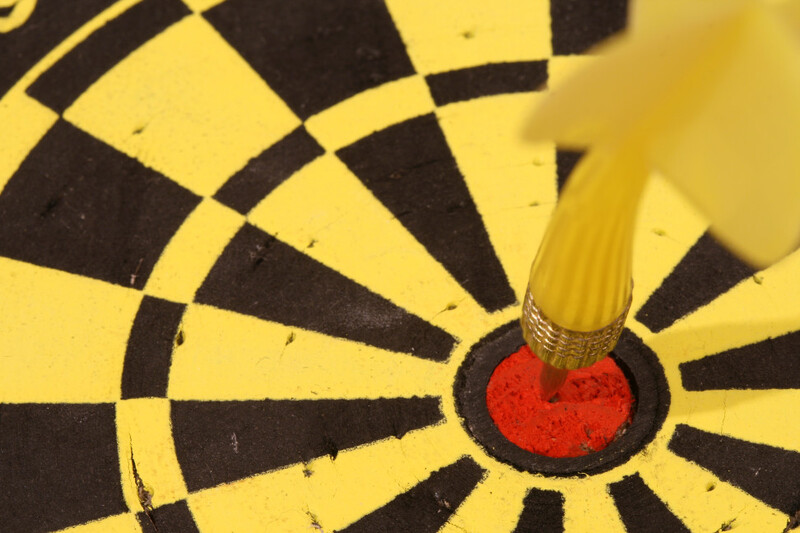 Whether you’re hanging out in your man cave, at the bar, or in the lounge of your college dorm, if you’re looking for a fun activity to engage in with your buddies, darts is an excellent choice. In fact, people of all social classes and of all backgrounds, including royalty, service members, and every day, average Joes, have been playing darts for centuries. While it can certainly be a serious game (there are competitive leagues), it definitely appeals to people of all ages and of all skill levels. Over the hundreds of years that it’s been played, many different dart games have evolved, and there are ample versions that are simple and fun to play.

If you’re a novice player or you’ve been playing for a while but you want to add some new options to the list, here’s a collection of easy dart games. 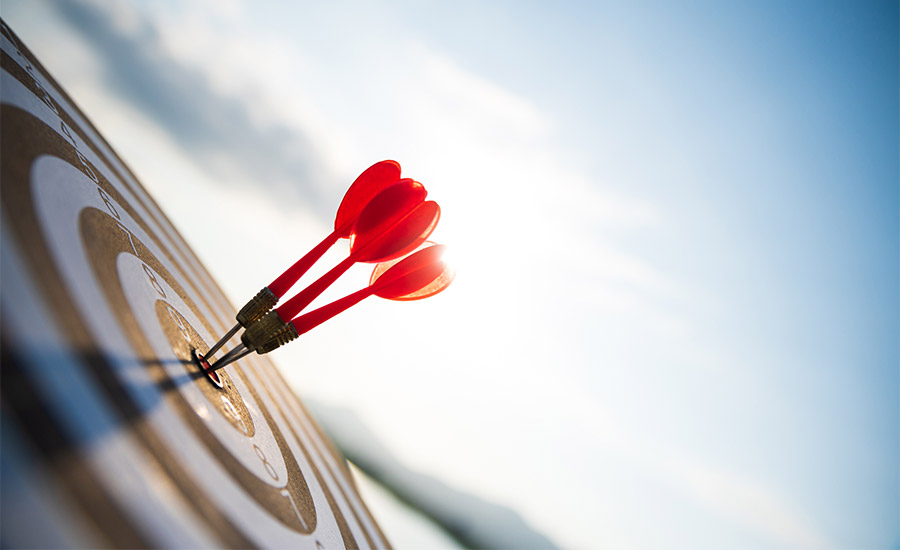 Of all the different dart games, High Score is arguably the easiest. In fact, it’s so easy that the newbiest of newbies and young kids alike can play it without a problem. The objective of the game is exactly what the name suggests; each player takes turns throwing three darts in an attempt to reach a predetermined target score. The first player that reaches that high score is the winner.

High Score is an excellent game for beginner dart players, as it’s a great way to get in some practice hitting high-value targets on the board.

This classic dart game can be played solo for practice, or competitively with two or more people. The goal is to be the first player to hit all of the numbers consecutively; if you’re playing competitively, whomever achieves the objective wins.

In order to play, each player gets to throw three darts, and after a player throws their three darts, their turn is over, and the next player gets to go, and so on. The goal is to hit each number on the dart board in consecutive order; 1 on the first throw, 2 on the second throw, 3 on the third throw, etc. Once a player hits 20, they have to hit 25, and then they need to hit the bulls-eye. The first person to complete the task wins. Depending on how many people are playing and their aim, it takes roughly 10 to 30 minutes to complete a game.

To make a game of Around the World more challenging, some twists can be added, such as:

A lot of dart players consider Nine Lives a variation of Around the Clock (Around the World). Similar to Around the Clock, in Nine Lives, each player gets to throw three darts on their turn, attempting to hit the numbers 1 through 20 on the board, in consecutive order. Every player has a total of nine lives (hence the name of the game); if someone misses their target number with all three darts, one life is subtracted. Should a player lose all three of their lives, they are eliminated from the game.

The first person to hit all 20 numbers or the last person to remain in the game is the winner. 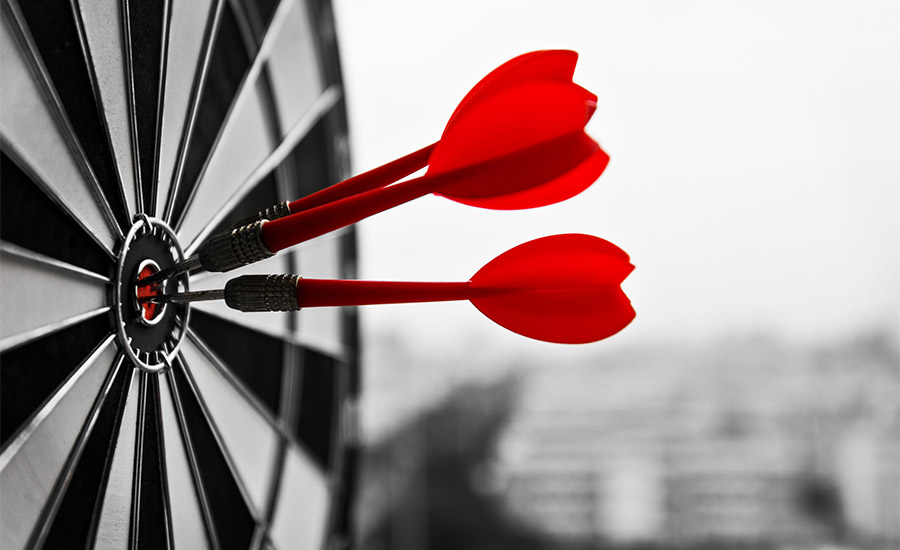 Also referred to simply as “Legs”, Knockout Darts is another one of the easiest dart games that people of all skill levels can play. With that said, there are some competitive elements and challenging features to the game; however, those elements and features don’t require complicated mathematical equations and formulas. So long as a player can add three numbers together, they can easily play and keep track of this game.

A minimum of two players are needed to play a round of Knockout Darts, though more than two people can certainly play. On each player's turn, they get to throw three darts. The first person up throws their darts, their score is recorded. The second player must then attempt to achieve a higher score than the first player, and so on. In other words, each player has to achieve a higher score than the player who went before them. There aren’t any running totals, however; the only score that matters is the one that the player who went before your turn achieved.

Should someone not be able to achieve a higher score than the person who went before them, an X or a circle will be documented on the tally chart. If a player receives three X’s or circles, they are “knocked out” of the game. The game of Knockout Darts continues until only one player remains, and of course, that player is the winner.

With no confusing rules or complex strategies needed, Warfare can be played by dart players of all skill levels. This game is intended for two players.

In order to play, the dartboard is split into two halves: left and right, or upper and lower. Each player is designated a half of the board; for example, player 1 may be designated the left half and player 2 the right half.

Each of the numbers on the dartboard represents a soldier, so each player has a total of ten soldiers. On their turn, players attempt to take out as many soldiers as they possibly can by hitting the number that represents them. Once the corresponding number is hit, it’s crossed out, and the player who successfully eliminates all of the soldiers from the opposing players half of the dartboard wins.

There are several ways in which Warfare can be adapted in order to adjust the difficulty for players who have more experience playing darts under their belts.

If you’re looking for a fun way to pass your time, whether solo or with pals, these simple dart games promise to offer tons of fun for players of all skill and ability levels.