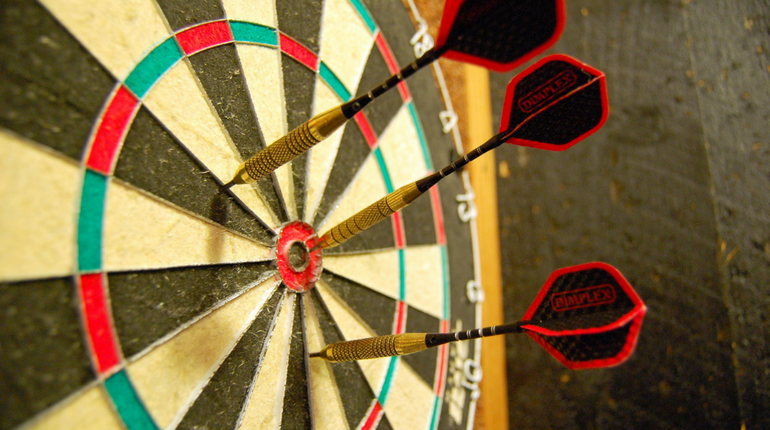 Whether you are new to darts or have been playing for years, your goals should be the same. The goal of any player is to reach a professional level and if you want to truly play like the professionals, you need to start playing by the same rules and regulations.

With that being said, what you need to know is professionals always play by the rules and regulations that have been adopted by the Darts Regulations Authority.

This is why it is imperative to familiarize yourself with some of the terminology and rules of the game.

One of the most common terms that you will hear throughout the community is sets and legs.

And one of the first questions you probably have is how many legs are in a set of darts?

How Many Legs are in a Set of Darts?

A leg is a single game of darts. Most darts matches are played over a certain number of legs. Also, a match may be divided into sets, with each set being contested on a first to 3 legs basis.

Did you know that the most traditional game that can be played in darts is the game 501?

With that being said, the 501 score is actually considered only one game in a series of games. In fact, a whole dart’s game might actually consist of 10 separate games, which are labeled 101, 201, 301, 401, 501, 601, and so forth. This is without a doubt one of the easiest games for the beginner to master and learn, but it will truly help you adopt the rules and regulations that are needed to advance your skills.

When it comes to playing the game known as 501, the main objective is to reach zero before you opponent or opponents. The game is called 501 because your starting score is actually 501.

Each player will get to throw three darts and at the end of his or her turn, those three throws will be added up and subtracted from the total of 501.

However, winning is not just as simple as getting your score below 501.

If you want to win a leg, you have to end at exactly zero points. For instance, if you make it all the way to 36 points this means that you have to either hit a double 18 or score 36 points with your remaining three throws.

If you have 45 remaining points you have to find a combination of points that will score you 45 points at the end of your three throws.

If you accomplish this task this means that you have won a leg of the match.

As mentioned above, a game of 501 is played in 10 different games. When you win one game, this puts you up one leg. If you win six legs, you have pretty much won the set.