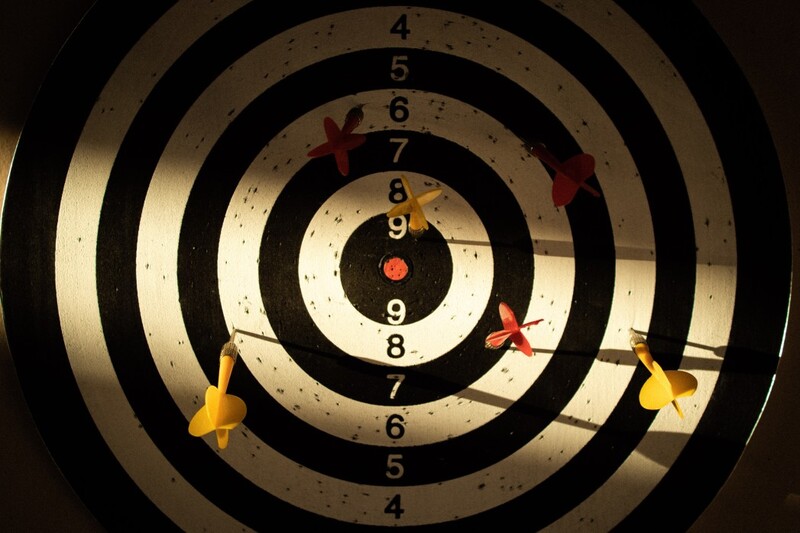 If you’ve just taken up the game of darts or you’re thinking about playing – whether you want to play recreationally or you would like to reach pro status one day – it goes without saying that you need to familiarize yourself with the basics of the game. In the game of darts, that includes understanding how the board you’re going to be attempting to hit works.

Initially, it might seem like a dart board is pretty basic and easy to understand: it’s sectioned off and numbers are used to delineate the sections. However, when you actually step up to the oche (the throw or the toe) line and take aim, you may be surprised to see that it actually looks a lot different than you expected it to. In order to set yourself up for success and avoid any confusion, let’s take a look the numbers on a dart board, including the amount of numbers, and how those numbers are placed. 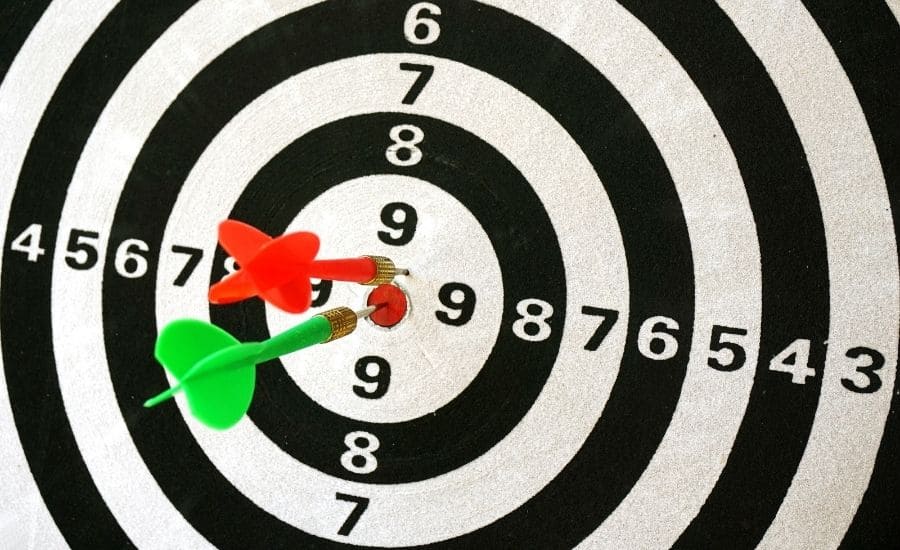 How Many Numbers Are on a Dart Board?

A modern dart board is a circle that is divided into 20 equal sections (or arcs), and there are a total of 20 numbers printed around the board. There is an inner and an outer bullseye, which is situated at the center of the board. There are two other rings, as well; one located halfway around the board, which represents treble scores, and another that is located along the outer rim of the circle, which represents double scores. Small numbers are positioned next to large numbers, and those small numbers award efficient hits, while punishing poorer hits.

How Are the Numbers on a Dart Board Laid Out?

There are a total of 20 numbers on a dart board; however, those numbers aren’t laid out how most people would assume them to be laid out. Instead of being laid out in sequential order, in a fashion that is similar to an analog clock, the numbers are actually situated in a fashion that may seem nonsensical to novice players.

The largest number – 20 – is situated at the top of the board. Moving in clockwise fashion, the numbers above each section are as follows:

After the number 5, the board has gone full-circle, back to the number 20 at the top of the dart board.

The layout also allows players to develop calculation strategies; for example, if you know that the total of the dart board scores can be calculated by adding 1 and 20, 2 and 19, and then 3 and 18, etc., you will have 10 lots of 21, which is equivalent to 210. 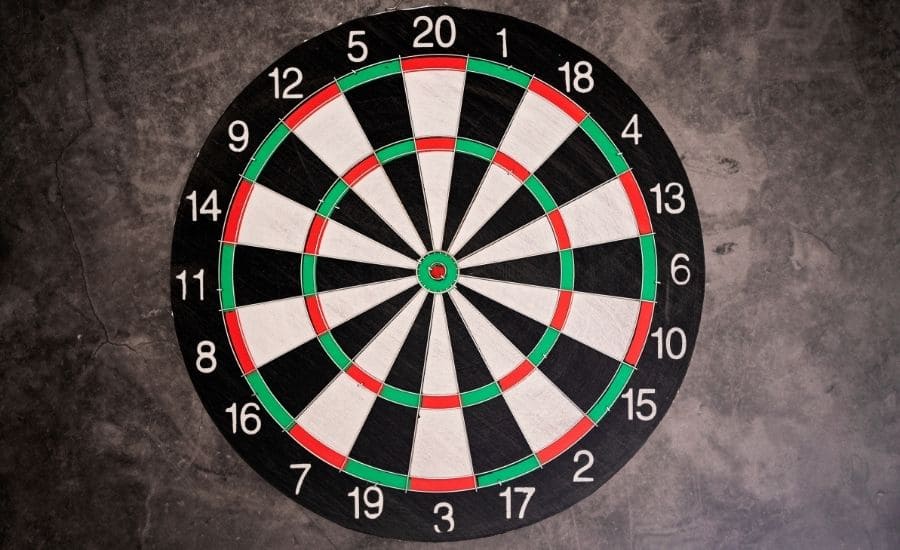 Who Designed the Modern Dart Board Layout?

So, who came up with the design of the modern dart board’s layout? A lot of claims have been made as to the actual designer, but it is largely accepted that the creation is credited to one of two people: Brian Gamlin and Thomas William Buckle. Who were these guys? Let’s take a look…

Who is Brian Gamlin?

While it isn’t official, it’s largely accepted that the layout of the modern dart board was created in 1896 by a carpenter who hailed from Lancashire, England by the name of Brian Galmin. Before the layout that Gamlin is said to have created, there were several different renditions of the dart board layout, and there weren’t any particular standards or established rules. It wasn’t until the end of the late 1800s that the modern version of darts was developed, thanks to the dart board layout that was created by Brian Gamlin.

According to legend, Gamlin came up with the design to reduce the risk of scoring what’s known as “lucky hits”, making the dart board more appropriate for competitive games. A lot of research has been conducted that confirms that there are literally billions of different sequences that can be used on a modern dart board; however, that being said, the sequence on Gamlin’s dartboard is largely accepted as the prime sequence in regard to being random, and as such, competitive.

Brian Gamlin passed away in 1903, and he never patented the design he came up with. It is for that reason that there is some skepticism regarding who actually came up with the design of the modern dart board. To further fuel the skepticism, an article that was published by Bury Times about Gamlin. In the article, relatives or descendants of the creator that were still alive were asked to come forward to confirm that he had, in fact, come up with the design; however, no one responded to the request.

Who is Thomas William Buckle?

Thomas William Buckle is the other man that has been credited with coming up with the design of the modern dart board. While no solid proof has been found to confirm that Gamlin actually existed, there is proof that confirms that Buckle did exist.

In 1992, Thomas Edward Buckle, the son of Thomas William, made a statement that was published in Darts World magazine. In this statement, Thomas Edward said that his father was the inventor of the layout of the modern dart board, and that he came up with the design in 1913. Thomas William was a wire and a dart board maker who hailed from Dewsbury, Yorkshire. Given his professions, it seems more likely that Buckle was actually the inventor of the modern dart board layout.

According to reliable resources, Buckle reworked a London Fives Board, which was another version of a dart board that was comprised of 12 segments, and added 8 more segments, for a total of 20 segments, thus creating the modern numbering system that is used today. Buckle is also credited as the creator of the Yorkshire dartboard, yet another type of dart board.