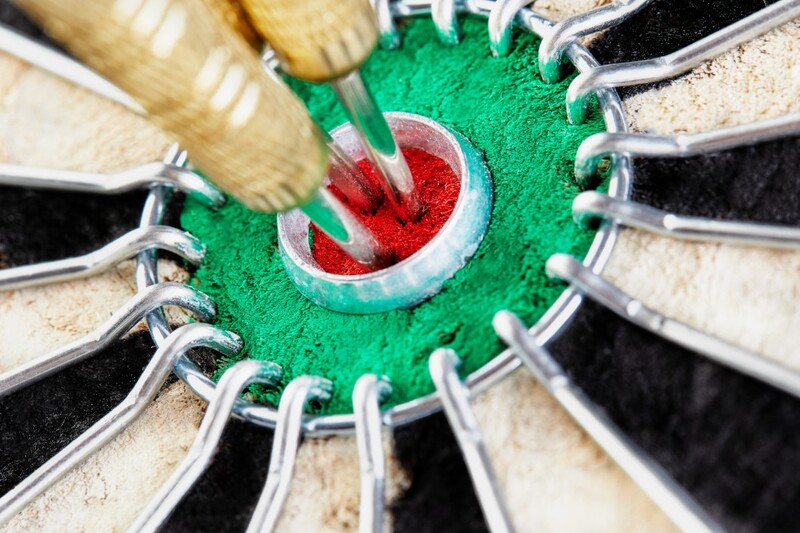 In an age of technology with gadgets, gizmos, and devices abound (and continue to be invented and introduced at an unprecedented rate), it seems like games that aren’t technologically-based have all but gone by the wayside. However, despite all of the smartphones, gaming systems, PCs, tablets, virtual reality, and augmented reality, there is one “old fashioned” game that has withstood the test of time and continues to be extremely popular. What is it? Darts!

For centuries, people of all ages and backgrounds have been playing darts. It’s not only an entertaining way to pass the time, but believe it or not, it’s also a highly competitive sport. In fact, darts is one of the most popular recreational games there is, and despite the never-ending stream of technology, it doesn’t seem like the popularity of the game of darts will be waning any time soon. 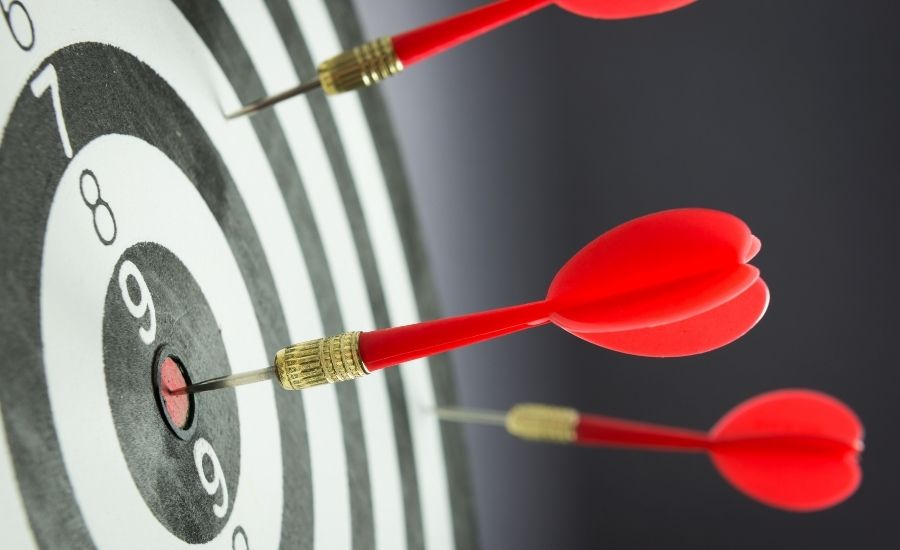 Whether you’re one of the millions of people who has been playing darts for years and you want to improve your game, or you’re thinking about getting into the game for the first time, there’s no doubt that you want to set yourself up for success. In order to do that, like any other game, making sure that you have the right tools and equipment is an absolute must.

The tools and equipment needed for darts are super-simple: a dart board, which serves as a target, and the darts that you’ll launch at that target. Compared to other games, the fact that just two basic elements are needed to play darts is definitely a plus; however, selecting those elements may be a bit harder than it appears. Finding the equipment isn’t hard; what is challenging, however, is trying to determine which tools to choose, as there are so many different options available – specifically darts.

Darts are available in a variety of weights and sizes, and with an assortment of features. Before deciding on those elements, there’s a more basic decision that you’ll need to make first: what type of darts you want to use. There are two main types of darts – soft tip and steel tip – and while they serve the same purpose, there are differences between the two. What are those differences? Which one should you choose? Keep on reading to find the answers to these questions and more. 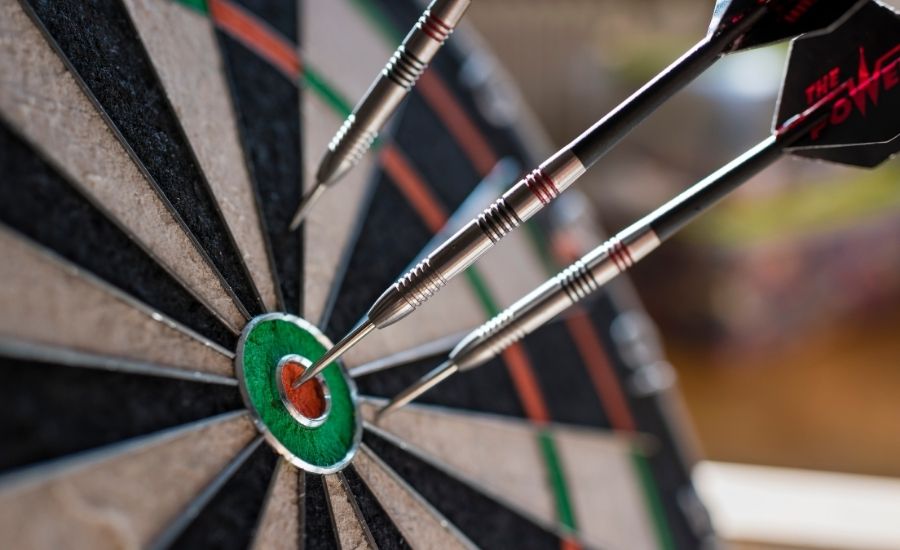 What are Steel Tip Darts?

Steel tip darts, as the name suggests, features a hard tip that is made of metal; however, while the name may indicate that they are made of steel, the tips are actually more commonly made of brass and nickel, though other kinds of metal can also be used, such as tungsten, and copper. The tips (the point that will enter the dart board) is made of metal, and the darts can feature both fixed and movable points, allowing for customization. Because of the durability of the tip, steel tip darts are ideal for use with bristle dart boards that are constructed of sisal fiber.

Steel tip darts are used by professional dart players. One of the major advantages of steel tip darts is the low probability of bounce-out. Since the tip is made of metal, it’s strong and sharp, allowing it to penetrate through the board with ease. This not only enhances gameplay, but it also reduces the amount of stoppages because it’s less likely that you’ll have to deal with bounce-out (and re-throwing after reclaiming the dart that bounced out).

Despite the benefits, there are some downsides to steel tip darts. One of the biggest disadvantages is the damage that they can cause; for instance, if you were to miss the dart board and hit the surrounding wall, ceiling, or floor, scuffs, marks, scratches, and holes may be left behind. Additionally, steel tip darts can cause more serious injuries if they make contact with people or animals. 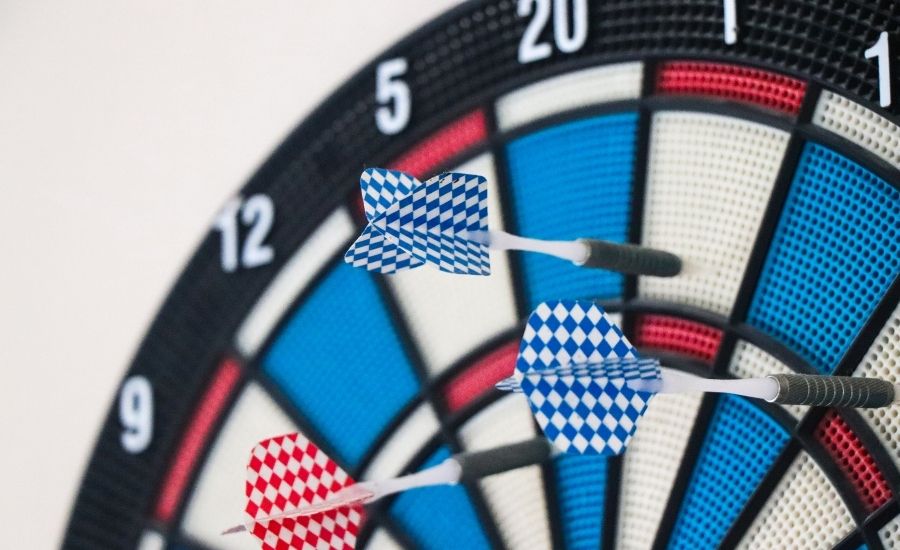 What are Soft Tip Darts?

Because the tips aren’t hard or sharp, they are ideal for home play, as they will not damage the surrounding walls, floors, or ceiling if they miss the dart board. Furthermore, they are far less likely to cause injury than steel tip darts, making them ideal for children to use.

Which Type of Darts Should You Use?

So, which should you choose: steel tip or soft tip? The answer to that question is a resounding: “it depends”. If you’re intending on playing competitively and with a sisal board, steel tip darts are a better choice. They offer a better competitive edge and smoother gameplay; plus, the bounce out rate is very low, which further enhances the competitive abilities of these darts, and also improves the enjoyment of the game. However, do keep in mind that if you are using steel tip darts, there is a chance that the walls, floors, or ceiling could become damaged; there is a risk of injury, too.

If you are going to be using a plastic electronic or magnetic dart board, on the other hand, soft tip darts are the way to go; in fact, there really the only way to go. Soft tip darts will not damage the walls, floors, or ceiling, making them very suitable for use in the home. Additionally, they are far less likely to cause injuries, making them ideal for use with younger players, including children.